Pam Ann – global comic superstar created by Australian comedian-writer-producer-DJ Caroline Reid, Pam Ann has developed a cult like status all over the world with her masterful portrayal of an International air-hostess.

Pam’s barbed wit has seen her fly many a risky route and negotiate even the most politically incorrect flight path with her blisteringly funny take on the world of airlines and aircrew. Nothing is out of reach of her pristine white gloves, strutting up the aisle with a trolley full of beautifully unpredictable, acerbic airline satire. There’s not much Pam hasn’t seen or done – from crewing Elton John’s private jet at his express request, sharing a stadium stage on a tour of the UK with Cher, and counting Madonna in her legion of devoted fans worldwide.

When she’s not jet-setting with the stars or flying the world sourcing material for her next performance, she can be found selling-out every stage she hits – from New York’s Hammerstein Ballroom, Caroline’s On Broadway and Joe’s Pub at The Public Theatre to San Francisco’s Castro Theatre, Paris’s chic Alhambra Theatre, Glasgow’s Kings Theatre, Sydney’s iconic State Theatre to Melbourne’s Comedy Theatre to name a few of her favorites. Pam Ann performed at the prestigious London Palladium, The Royal Albert Hall and sold out shows at London’s Hammersmith Apollo. True to her status as an international comedy icon, she’s circumnavigated the world on over 10 world tours, which included UK, Ireland, Australia, Hong Kong, USA, Germany, Israel, Netherlands, Denmark, Poland, Austria, Switzerland, Sweden, Iceland, Norway, Finland, Belgium, France and Canada.

Among Pam Ann’s greatest hits: an advertising campaign and training videos for British Airways, the inclusion of her hit live DVD ‘Come Fly With Me’ on Qantas’s inflight programming, the face of London’s Heathrow SkyTeam Terminal 4. Pam Ann performed on the first ever JetBlue Jet-Pride flight, a first on a US carrier. Most recently Pam Ann became Air Italy’s Ambassador and will soon be starring in Air Italy’s on board inflight safety video.

Based in Miami Florida Pam Ann continues to sell out tours globally, most recently selling out her latest North American and U.K. Tour  ‘Pam Ann Returns’. Pam Ann looks forward to a very busy 2020 continuing to tour throughout Europe and Australia, writing and producing a TV show and brand new comedy special, DJing at the launch of Virgin Voyages private beach club on Bimini in the Bahamas in April with Richard Branson and Boy George. From planes to ships Pam Ann’s caustic wit knows no bounds so fasten your seatbelts and prepare to take off! 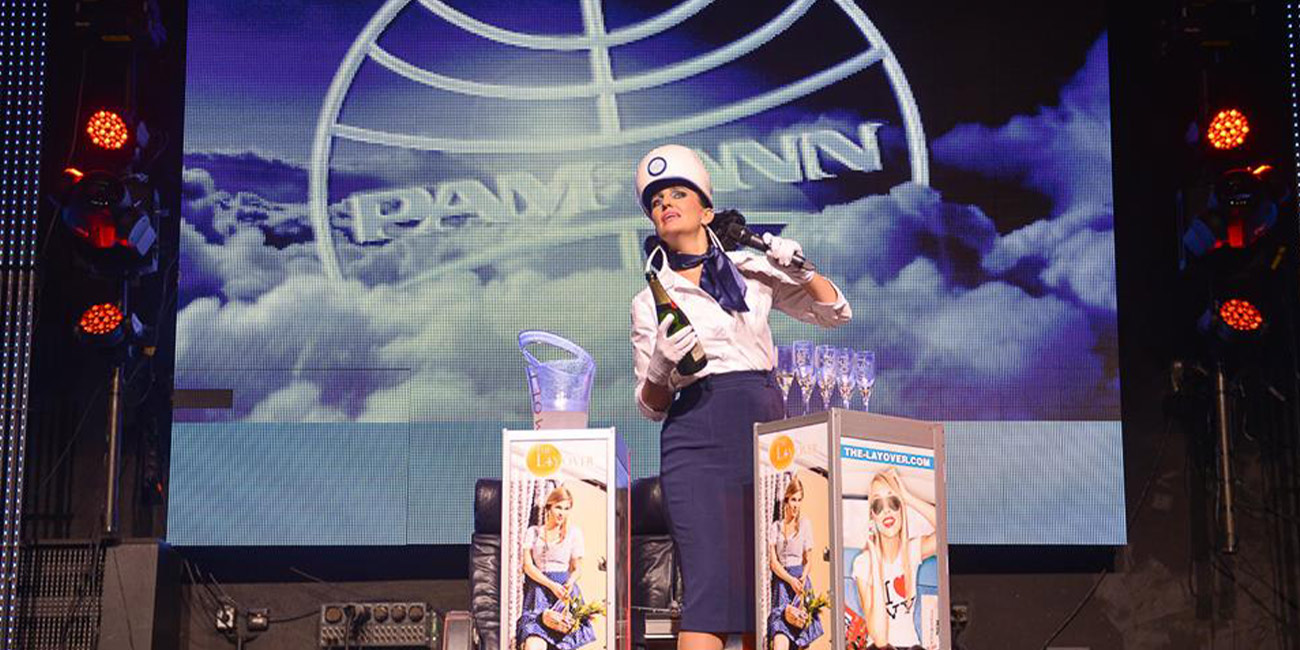 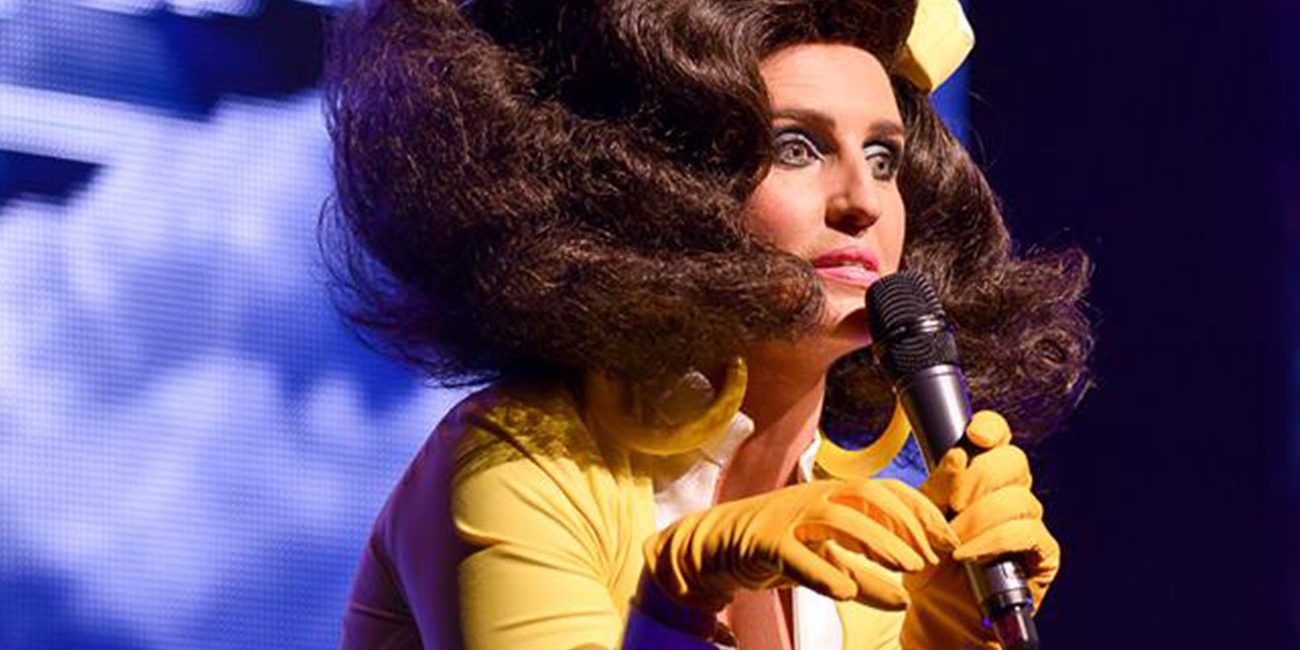 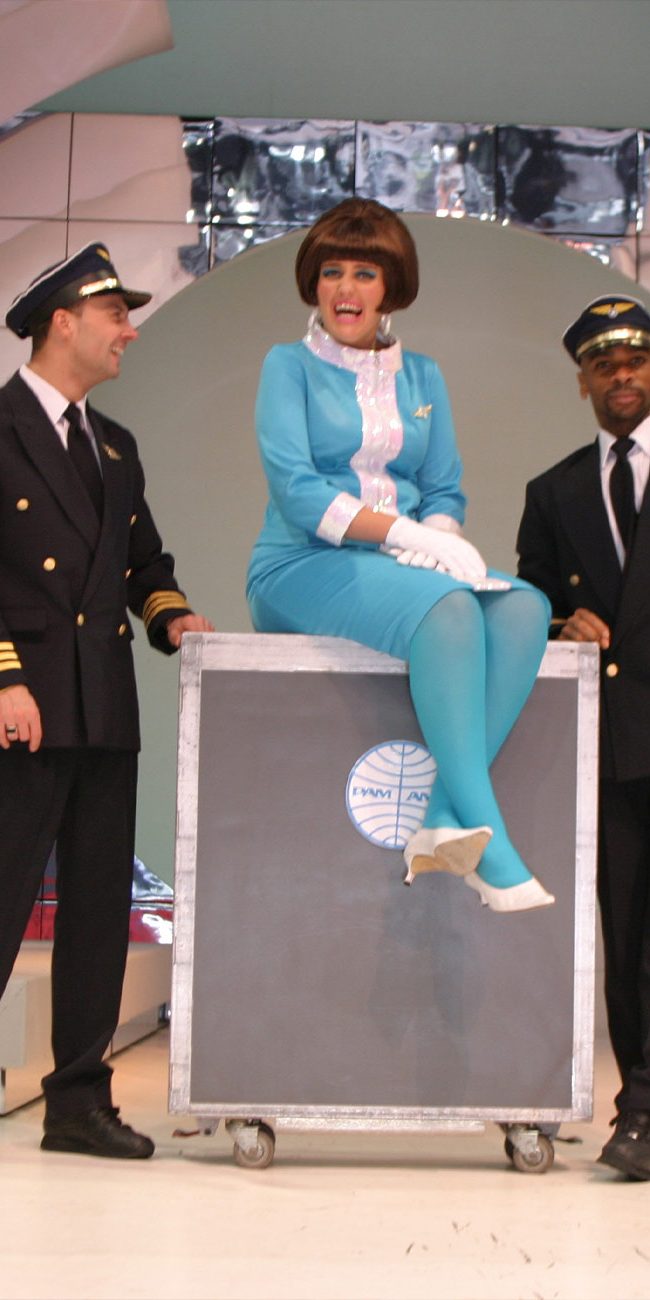